Welcome to the Gates

Backpacking trips for the wilderness lover

The park is enormous. Lying on both the north and south sides of the Continental Divide, the park extends over 800 miles east to west. The entire roadless park lies north of the Arctic Circle.

That vastness is just one part of what makes Gates of the Arctic such a great destination for extensive backpacking trips.

A seemingly endless wilderness, the park terrain consists of endless glaciated valleys and rolling or jagged mountain peaks. The Brooks Range are the prominent mountain range in the Park. The Endicott Mountains and also the Schwatka Mountains dominate the landscape. Many of these peaks are over 7000′ high.

Gates of the Arctic northernmost region is largely treeless slopes of the Arctic plain. Rolling endless stretches of tundra lie north of the divide and extend all the way beyond the park to the Arctic Ocean. A great backpacking location.

The entire Noatak River drainage, of which the headwaters are in Gates of the Arctic is internationally recognized as a biosphere reserve in the United Nation’s “Man in the Biosphere” program.

Gates of the Arctic National Park gets its name from the early explorer Robert (Bob) Marshall. He coined the term on the North fork of the Koyukuk River as he camped beneath the two towering peaks we call Boreal Mountain and Frigid Crags. Rising tall on either side of the river, they stand almost sentinel-like above the landscape.

Local inhabitants People have inhabited the region for over 10 000 years. Today the area is home to both Inupiat and Athabaskans.

Designation 1978 as a National Monument, and designated National Park and Preserve in 1980.

Try out the Find Your Trip feature to filter different preferences and find exactly looking for.

Gates of the Arctic Trips Gates of the Arctic National Park

On a scale of 1 – 5, five being the most challenging, five hiking boots is right up there.

Expect whatever level you think might best fit you to be one level LOWER on our scale. Hiking here in Alaska is generally a step or three above what you’ll find in the Lower 48 states.

Expect it to be tougher than you think it will. At least in part, anyway. Some sections will inevitably be easier. Some will make you feel it.

One of the best hikers I’ve walked with, Ben, said it perfectly one day, as we traversed a step sidehill on the Southern Traverse. “Man, Alaska just beats you up, doesn’t it?”

And he’s right. It does. Don’t be fooled by the low mileages and the lower elevations. The catch is the difficulty of traversing rugged country with no trails. However much you think that might impact you, double it.

You need to be athletic, well balanced, in good shape, and an experienced backpacker for this kind of trip. If you’re not that .. well, don’t say you weren’t well warned. Gates of the Arctic National Park

On a scale of 1 – 5, five being the most challenging, two hiking boots is at the easier end of the spectrum.

Expect whatever level you think might best fit you to be one level LOWER on our scale. Hiking here in Alaska is generally a step or three above what you’ll find in the Lower 48 states.

Realize that backpacking is never “easy”. You’re carrying from 35-50+ pounds on your back day after day. You’ll be hiking for a number of hours each day (varies trip to trip, day to day), and that’s not “easy” for most people.

That said, our “2 hiking boots” level should meet the need for most novice backpackers, and are generally what I recommend for families with younger kids, etc as well. Terrain challenges aren’t usually a problem, and the walking is somewhat more orthodox. You won’t be traversing 1 mile of steep sidehill covered in slippery rocks, or snaking through dense thickets of alder and willow. 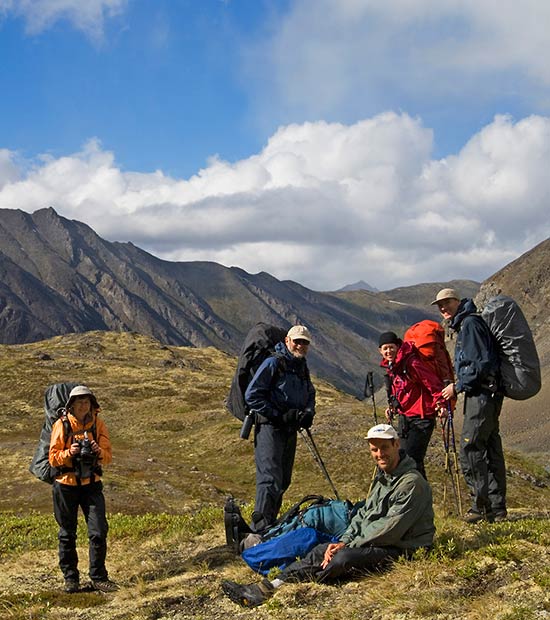 Let’s plan a custom trip for you. 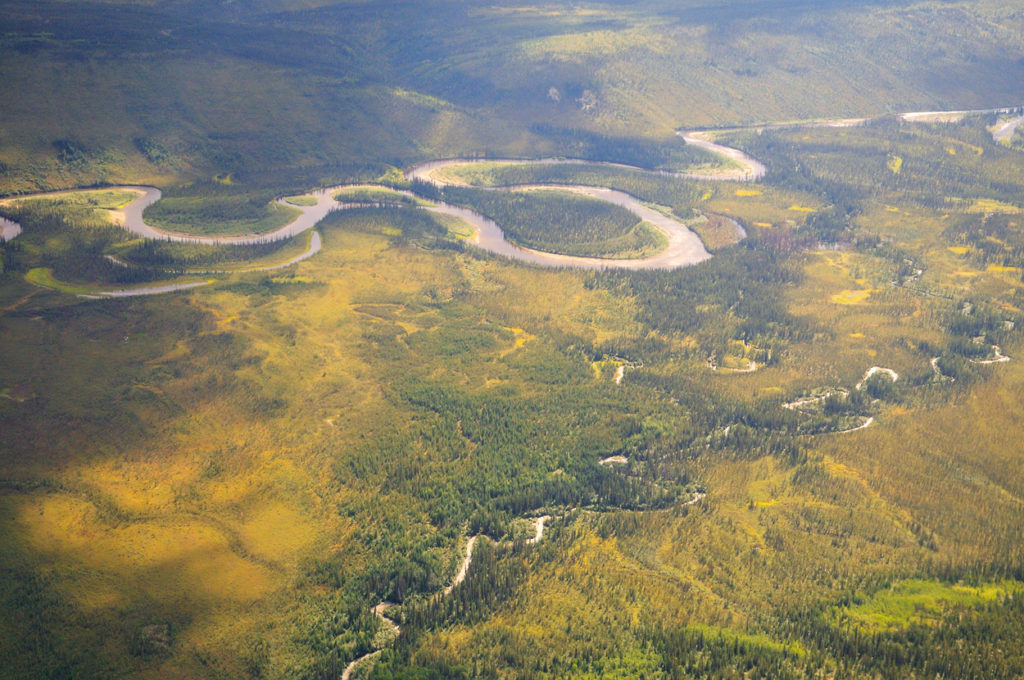 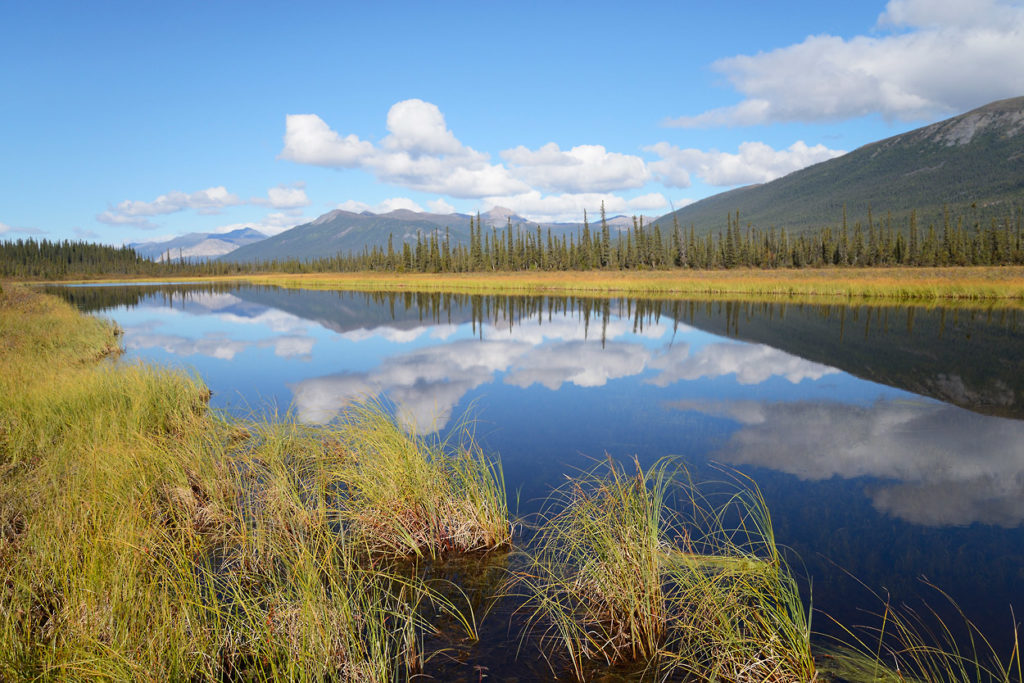 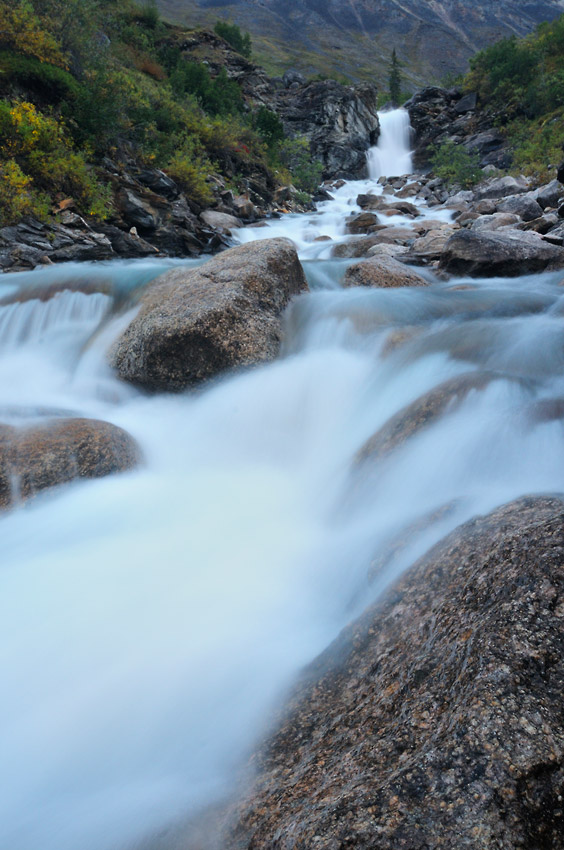 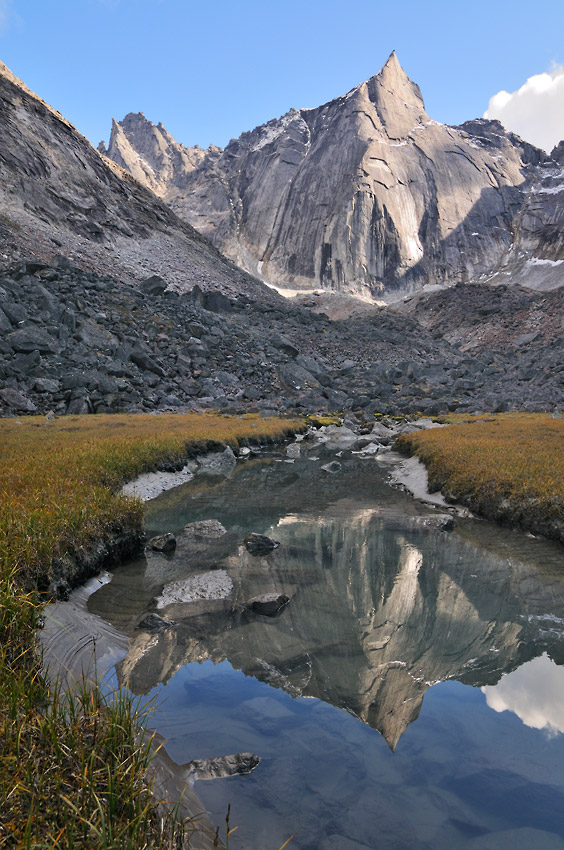 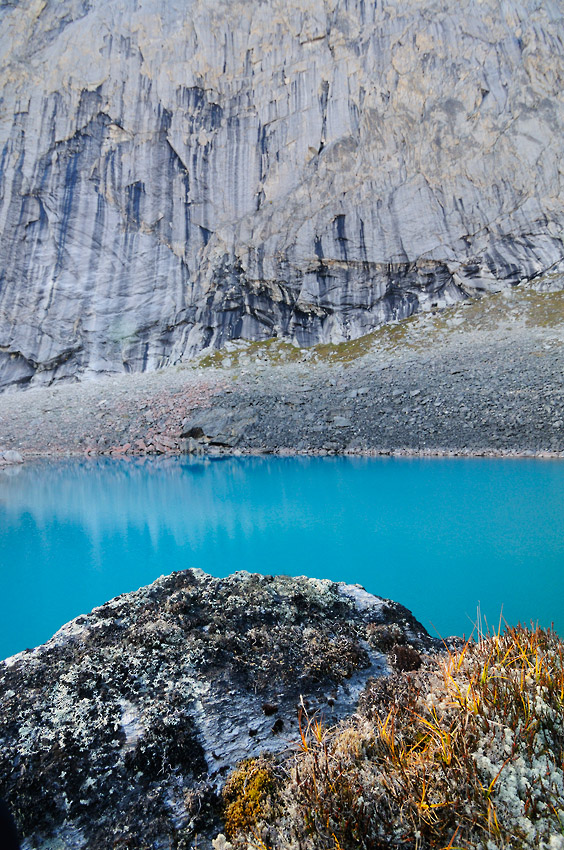 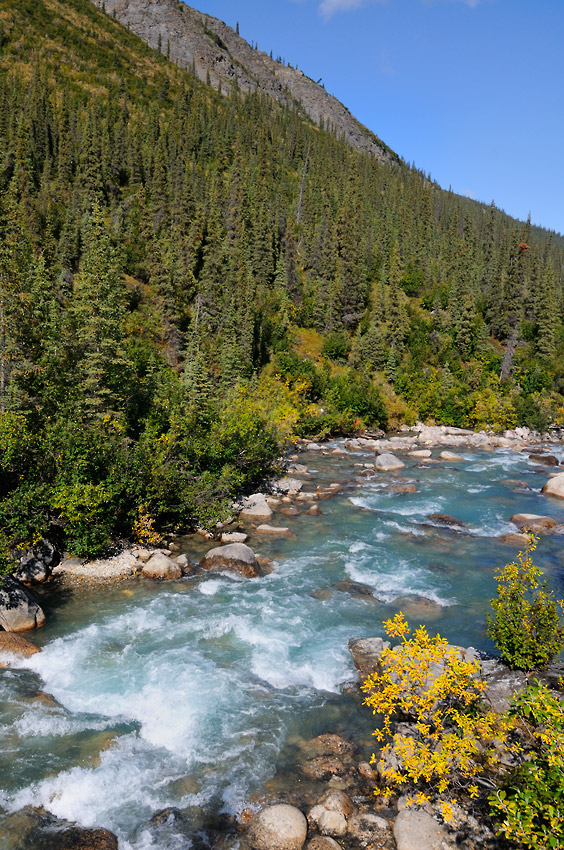 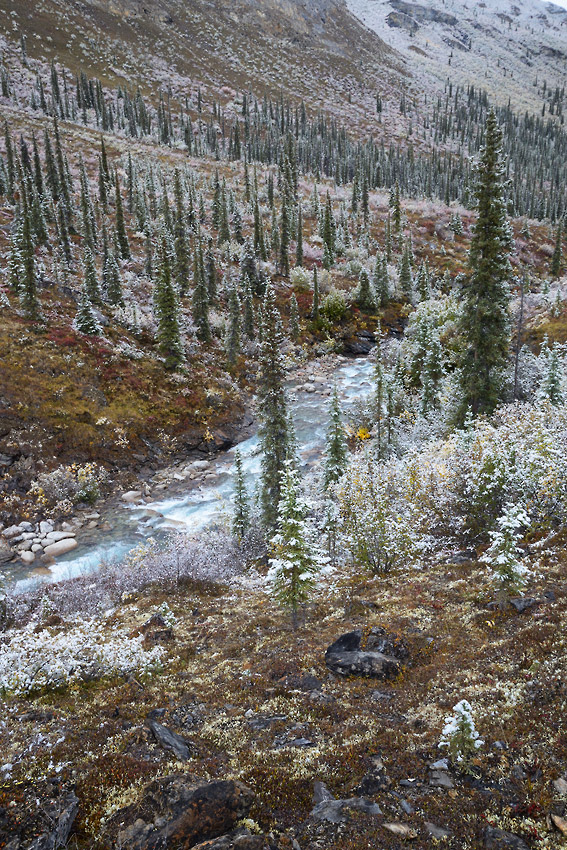 More About Gates of the Arctic National Park

An array of birdlife spend the summers here. Golden eagle, bald eagle, Peregrine and Gyr falcon, Great Horned and Snowy Owl, Rough-legged hawk, Northern Goshawk are just a few of the raptors found in the park.

Home of the Wood frog, a 2-3 inch long frog that can freeze solid in the winter, thaw out and come back to “life” in the spring. Pretty amazing feat.

There are no maintained trails within the park and only a couple of hike able social/game trails exist.

Wilderness is best enjoyed wild. We offer both backpacking trips and packrafting trips inside Gates of the Arctic and strive to maintain a minimal ecological footprint best we can.

Within this Park are six Wild and Scenic Rivers. You can enjoy one of them on our Alatna River Packraft trip.

Winter activities could include snowshoeing and backcountry skiing. The park can also be a great place to view northern lights.

Hey Folks, Well, it’s well and truly spring here in Alaska, and the summer/fall hiking season right around the corner. So for anyone heading north this summer, this page might be of interest to you. Gates of the Arctic National Park is one of the less visited national parks in the state, which makes it […] 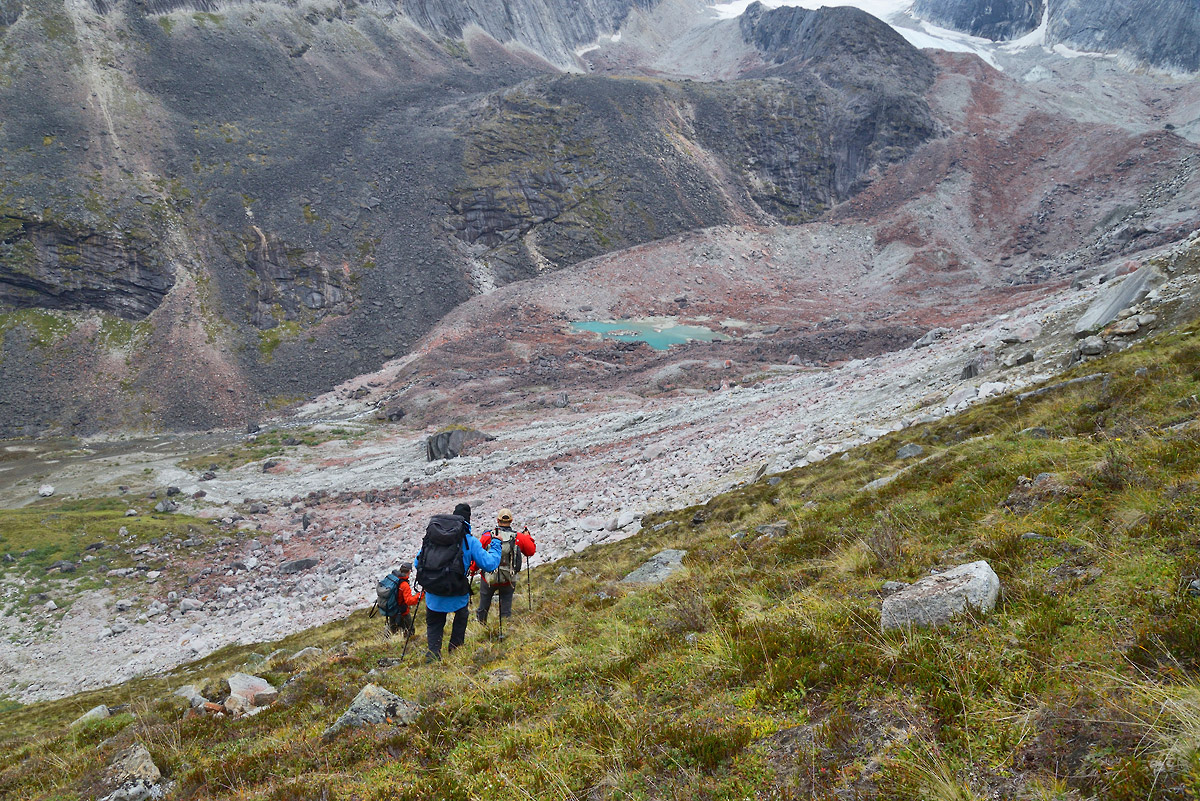 Hey Folks, I’ve written on the topic of trekking poles a few times in the past. Here also. Every year I receive a lot of questions about the use of trekking poles in Alaska. Nothing’s changed. Use them. The image above illustrates how useful they can be. Backpacking up or down steep terrain like this, often on […]

Hey Folks, It’s that time of the year again. Wrapping up image editing and putting together a quick gallery of photos from the year for you. These are mostly from different photo tours we ran this year.   Northern Lights over Brooks Range, Alaska. Polar bear cubs wrestling, Arctic National Wildlife Refuge, Alaska.

hey Folks, Whoops sorry about this. I haven’t posted in a while. Things were pretty hectic since July, and I’ve now got a little bit of down time so I’ll try to make up for that. Instead of posting an Image of the Month for November, I’ll upload a handful of photos, one for August […] 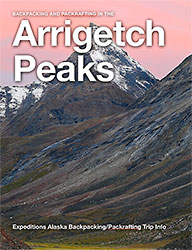 Download a copy of our Arrigetch Peaks trip Info Packet.

A free download, with info, photos, logistics details and more for our Arrigetch Peaks backpacking trip in Gates of the Arctic National Park. Enjoy!